Bielefeld, February 11, 2021 – A newcomer to the field, the NTT DATA Group with its companies NTT DATA, itelligence and everis takes second place among the best IT service providers in Europe. That emerged from the „IT-Sourcing Study Europe 2020/21“ conducted by Whitelane Research, which over 1700 respondents took part in. The customer survey about a total of 30 IT and cloud providers showed an 81 percent customer satisfaction rate for the NTT DATA Group. 83 percent of respondents pronounced themselves generally either „very satisfied“ or „satisfied“ with the NTT DATA Group – the highest percentage of all providers covered. The average customer satisfaction rate was 72 percent.

„The NTT DATA Group genuinely took us by surprise in this year’s study by directly achieving second place with outstanding satisfaction values despite being a newcomer to this competitive field,“ commented Jef Loos, Head of Sourcing at Whitelane Research. „This achievement is all the more impressive as the market as a whole improved in terms of customer satisfaction, from 70 to 72 percent. The survey demonstrated clearly that the NTT DATA Group is among the top IT providers of the entire European region as well.“
NTT DATA did even better in the ratings in individual sectors, coming first in no fewer than three: the manufacturing sector (87 percent general satisfaction), in the public sector (82 percent) and in the telecommunication sector (80). After achieving first place in the „IT-Sourcing Germany 2020“ survey by Whitelane Research, the NTT DATA Group has now established itself as an IT champion and reliable partner for multinational companies at a European level as well.

The top ratings in the overall evaluation were based on the consistently very high satisfaction rates in the individual categories such as:

Norbert Rotter, CEO of itelligence | NTT DATA Business Solutions: „There is no better accolade for an IT service provider. With their high customer satisfaction ratings, our customers confirm our performance promise: We transform. Trust into value.“ 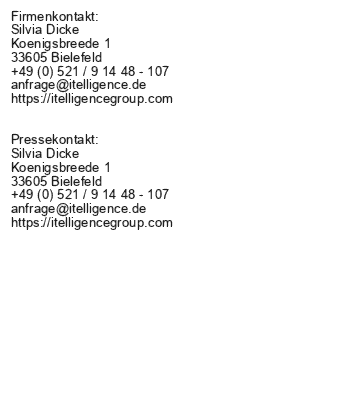