We recently reported on the case of a severely disabled toddler who has not been receiving day care at the Hertha Schulz House since 6 November 2020, which is now a full 23 weeks, the legal entity of which is the Oberlin Lebenswelten / Oberlinhaus association.
No day care for a full 23 weeks, despite the existing legal entitlement issued by the Kita-Tipp of the Brandenburg state capital Potsdam and despite an existing contract between the city of Potsdam, the Hertha-Schulz-Haus and the parents of the severely disabled child.

Until today, Monday, 19 April 2021, the parents of the severely disabled child received no answer from the Hertha-Schulz-Haus / Oberlinhaus as to why the child is not being cared for, despite several written requests.
Likewise, the Ministry of Social Affairs, Health, Integration and Consumer Protection of the State of Brandenburg and the City of Potsdam, where Mayor Mike Schubert (SPD) is ultimately responsible, have not answered the parents‘ multiple questions as to whether there is proof of a possible official order to close the Hertha Schulz House, especially since the kindergartens of the districts and independent cities in the Federal State of Brandenburg have been open again since March 2021 due to ? 26 of the Sixth Containment Ordinance.

However, anyone who believes that this is the official tip of the dubious iceberg in dealing with a severely disabled person is mistaken!
We currently have exclusive proof of a cost estimate from the company Maltry Rehatechnik GmbH & Co. KG, dated 19 November 2019, which was received in writing by the Ministry of Labour, Social Affairs, Health, Women and Family of the State of Brandenburg in Potsdam on 20 November 2019 and which is based on an expert opinion of the Charite Berlin from November 2019 sent in writing to the City of Potsdam.

To date (517 days) nothing has happened, neither the Ministry nor the City of Potsdam have purchased or even ordered the disabled transport seat requested by the Charite in the medical report (CASK gene defect), nor has such a seat been ordered from any other company in Germany or on this planet, or even enquired about the costs!

Those responsible in the city hall of the state capital Potsdam and in the Ministry of Labour, Social Affairs, Health, Women and Family of the state of Brandenburg have relied coldly on the parents of the child, who had no other choice but to transport the child themselves in rain, sun or snow.
According to the parents of the severely disabled child, this is a shameful scandal of official indifference on the part of Potsdam’s mayor Mike Schubert (SPD), Social Affairs Minister Ursula Nonnemacher (Greens) and also Minister President Dietmar Woidke (SPD).

Many written and telephone enquiries from parents about this matter have also not been answered, not by Mayor Mike Schubert (SPD), not by Minister President Dietmar Woidke (SPD) and not by Minister Ursula Nonnemache (Greens).

In the election year 2021, where the 20th German Bundestag is to be elected on 26 September 2021, one can only assume a blatant disregard for the citizens by members of SPD and B?ndnis 90/Die Gr?nen, because if severely disabled people are treated in such a way by party members of SPD and Gr?nen, it is at least questionable whether these parties are electable, as one must assume that for both SPD and Gr?ne, people with disabilities do not count?

For 517 days (that’s a full 73 weeks), therefore, Ursula Nonnemacher (Greens), she has been Minister for Social Affairs since 20. November 2019 Minister for Social Affairs, Health, Integration and Consumer Protection of the State of Brandenburg, as well as in ultimate responsibility also Minister President Dietmar Woidke (SPD), Lord Mayor Mike Schubert (SPD) and Brigitte Meier as Alderwoman for Order, Security, Social Affairs and Health of the State Capital Potsdam, have been responsible for the fact that the multiple severely disabled toddler (currently 4 years old), cannot use a disabled transport, a clear violation of Paragraph 83 (SGB XI, ? 83, „Benefits for mobility“, 9. Social Code) and section 54 SGB (Social Code) XII, section 78, paragraph 1, sentence 2 and section 113, paragraph 2, no. 7 SGB IX), in this case in particular because it is a toddler who has been awarded care level 5.

This indisputable proof dated 19. November 2019 to the town hall in Potsdam and to the Ministry of Social Affairs, Health, Integration and Consumer Protection of the State of Brandenburg, leaves the question, is it in relation to those responsible for this scandal, incompetence or simply total disinterest towards people with disabilities, because a full 73 weeks can not have forgotten this process, Especially not with all the letters and verifiable phone calls that Mayor Mike Schubert, Minister Ursula Nonnemacher, Prime Minister Dietmar Woidke and Janny Armbruster as the state government’s representative for the interests of people with disabilities have received, which can be proven in any court of law.

For the politicians responsible, such as Ursula Nonnemacher (B?ndnis 90/Die Gr?nen) and Dietmar Woidke (SPD), as well as for those responsible in Potsdam’s city hall, above all Mayor Mike Schubert, not to grant a small child with multiple disabilities the transport and day care to which he or she is entitled is morally disgraceful and a scandal not only for Potsdam and the state of Brandenburg, but for the entire Federal Republic of Germany!

In this context, the press is obliged to report on this case according to the Press Law of the State of Brandenburg (BbgPG) of 13 May 1993. Paragraph 3 of the law states: „The press fulfils a public task in particular by procuring and disseminating news, commenting, criticising or otherwise contributing to the free formation of individual and public opinion. In this respect, it fundamentally protects legitimate interests within the meaning of section 193 of the Criminal Code of the Federal Republic of Germany).“ 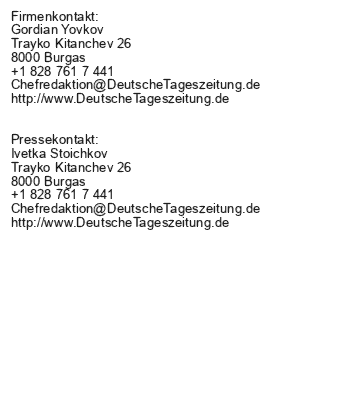