The Landgericht (LG) M?nchen – Regional Court of Munich – has ruled that consumers were not being misled by two manufacturers promoting their fish products using a captain, and that the advertisements in question therefore did not violate competition law.

A food manufacturer that had been promoting its fish products using a captain sporting a beard and cap for many years accused one of its competitors of having copied this promotional character, arguing that this amounted to misleading advertising because of its potential to confuse consumers. The Gesetz gegen den unlauteren Wettbewerb (UWG) – the German Unfair Competition Act – prohibits practices that deceive consumers as to the origin of a product.

We at the commercial law firm MTR Rechtsanw?lte can report that, according to the ruling of the Landgericht M?nchen, the use of maritime themes is not in and of itself liable to mislead consumers and thus does not constitute a violation of competition law.

In its judgment from December 3, 2020 (Az.: 17 HK O 5744/20), the LG M?nchen held that it is only natural for fish products to be promoted using maritime themes such as the sea, coast, sky, and weather, and that this cannot be viewed as plagiarism of an advertising concept.

Furthermore, there were said to be clear differences between the advertisements, including with respect to the main character. The court found that while the plaintiff was promoting its products using a character that was recognizable as a captain, it was not possible to identify the protagonist featured in the advertising of the company responding to the lawsuit as a sailor. The court noted that the latter was not wearing a sailor“s outfit but was instead adorned with a tie and silk scarf. It further stated that the fact that this character by the sea was wearing a skipper cap did not in and of itself make him a sailor, noting that this style of cap is particularly worn a lot in northern Germany. The party responding to the lawsuit could not be prohibited per se from promoting its products using a mature man with a graying beard, particularly as the use of the term „Best Agern“ [best agers] – a reference to consumers above the age of 50 – is currently extremely popular and widespread in advertising.

The LG M?nchen went on to point out that there were other significant differences between the commercials, and that the respective names and indications of origin were clearly visible. As such, the court concluded that there was no risk of consumers becoming confused.

Misleading advertising is contrary to competition law and accordingly may give rise to formal warnings or injunction suits. Lawyers with experience in the fields of antitrust and competition law can serve as advisors. 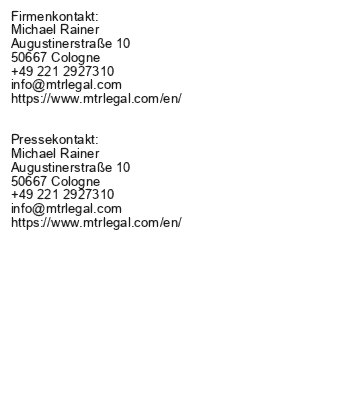